The year is 2010 and I have found myself caught in the crosshairs of law enforcement. I’ve been blackmailed and threatened into a situation which has led to a full investigation for a crime I did not commit. I was ignorant of my rights. I was fearful of my fate. Out of that fear and ignorance, I made several mistakes that only exacerbated my situation. I was an emotional wreck left to gather up the shattered pieces of my once peaceful life.

For what seemed like an eternity, I spent many sleepless nights alone with my thoughts. Jolting from my bed to glance out the window every time I heard a car pass by was a regular part of my new routine. (I lived on a back road in a rural area. Cars were a rare sound at night. Police cars were virtually unheard of.) Every time I saw a cop, my heart stopped the moment he or she made eye contact with me. I just knew some bogus evidence had been fabricated by my blackmailer and my time as a free man was over. Every time my phone rang and displayed a local number instead of a friend’s name, my blood pressure ricocheted off the charts! Eventually, what little circumstantial evidence that existed, was presented to the District Attorney who dropped the entire investigation due to lack of evidence. At last, I was truly a free man once again - or was I?

After recovering from the long and agonizing battle, I walked away with a great appreciation for privacy and a surprisingly thorough understanding of the laws surrounding it. I also walked away with a list of weak spots through which my privacy had been exploited. I suddenly realized how quickly my life could be turned upside down, yet again, by someone else. I set out on an endless journey to take control of my life, my information, and my fate.

I began by tightening my grip on my digital life. I’m a nerd at heart and by trade so it made sense to start where I spend most of my time. I immediately encrypted my hard drives with secure passwords, generated new passwords for every online account and service, terminated old and unused accounts and services, began encrypting my email, chats, etc. This was before Edward Snowden exposed the NSA’s Surveillance Scandal in 2013. This was before Heartbleed, Shellshock, and all the fancy new vulnerabilities that seem to have an entire marketing department behind them. This was fueled by my own personal experience with fate before the NSA was even a household word among geeks and before Ed Snowden became anything more than another number to Big Brother. This was personal.

As time progressed, I began to receive threats of various sorts from all kinds of different people. People have threatened to slash my tires. Others swore they would hunt me down and beat me to a bloody mess. Some have threatened to sue me for some wacky violation of their rights and a select few have even threatened to end my life at the hands of a shotgun. I began to realize that these people could threaten me all they want but, until they could actually find me, their threats would forever be just that - threats.

One day, I discovered a few great treasure troves in personal information just waiting to be rummaged through for a golden nugget - a prime source of information for a would-be identity thief, a crazed psycho ex, a disgruntled co-worker or former employee. As I expanded my knowledge of maintaining privacy and my network of privacy experts, skip tracers, and private investigators, I began to notice that this was no ordinary source, it was the cornerstone most of these individuals use to find the first piece of the breadcrumb trail for a target. That first solid piece of data would invariably lead to another and another and another. I moved quickly to patch this gaping hole in my own privacy. Overnight, I became addicted to patching these holes and filling these cracks in the wall around my life. After all, a man’s home is his castle and no castle is complete without a stone wall, a moat, and a few hungry resident crocodiles in said moat.

Since 2011, I have read countless books and articles, watched countless films, documentaries, how-to’s, and spoken with an ever-growing number of privacy and security experts. I’ve been a sponge and soaked up everything I can from their experiences and expertise on the subject. I’ve learned from government agents, government-employed detectives, skip tracers, private investigators, bounty hunters, high-profile hackers, Cold War spies (both American and Soviet) and even notorious criminals. I’ve studied their methods. I’ve studied their habits. I’ve studied their tricks and gimmicks. I’ve applied every legal tactic I’ve found to my own life to enhance my privacy.

I’ve decided that the knowledge I’ve acquired, specifically with the perspective I’ve acquired it, could well be the difference between life or death for someone. Considering the ever-growing flood of information regarding privacy, especially as it relates to technology, it can be almost impossible for the average person to tell the difference between privacy fact and privacy fiction. As I continue to expand my knowledge in the field, I intend to share that knowledge with the world. I am open to meeting with people and helping them formulate their own game plan to reclaim and maintain their privacy in 1984… 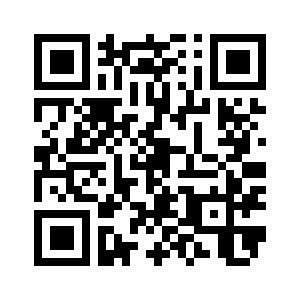